When Bree Prescott arrives in the sleepy, lakeside town of Pelion, Maine, she hopes against hope that this is the place where she will finally find the peace she so desperately seeks. On her first day there, her life collides with Archer Hale, an isolated man who holds a secret agony of his own. A man no one else sees.

THIS IS A STANDALONE SIGN OF LOVE NOVEL, INSPIRED BY SAGITTARIUS. New Adult Contemporary Romance: Due to strong language and sexual content, this book is not intended for readers under the age of 18.

“I didn’t know enough to dream you, Bree, but somehow you came true anyway. How did that happen? Who read my mind and know exactly what I wanted, even when I didn’t?”

On a warm summer morning in North Carthage, Missouri, it is Nick and Amy Dunne’s fifth wedding anniversary. Presents are being wrapped and reservations are being made when Nick’s clever and beautiful wife disappears. Husband-of-the-Year Nick isn’t doing himself any favors with cringe-worthy daydreams about the slope and shape of his wife’s head, but passages from Amy’s diary reveal the alpha-girl perfectionist could have put anyone dangerously on edge. Under mounting pressure from the police and the media—as well as Amy’s fiercely doting parents—the town golden boy parades an endless series of lies, deceits, and inappropriate behavior. Nick is oddly evasive, and he’s definitely bitter—but is he really a killer? 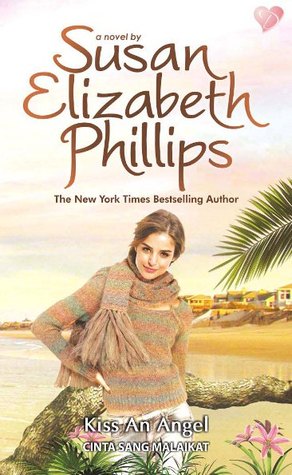 *** WARNING! This book is for ADULTS only or may be unsuitable for people under 21 years of age due to sexual content, graphic violence, and/or mature themes. Reader discretion is highly advised. If you are easily offended, then this book is not for you and please do not continue. *** 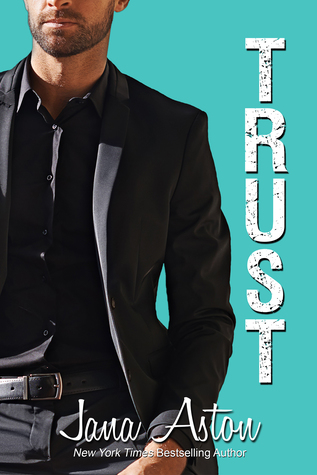 Yeah. That was me, on my last date. Before you feel sorry for me
you should know that I was the one telling the jokes. Jokes as in
plural, because I didn’t stop with just one. Of course not.

Hi, I’m Chloe Scott. The most awkward single girl in the city.
But I’m going to get it together. I am.

Right after I get out of this interrogation room.

Jana Aston said this is the last book from WRONG series. I’m quite sad because it’s starting to get better. Everly’s friend, Chloe is the last person on this train who will meet her future someone. Surprisingly, I enjoyed it very much.

Chloe Scott must the most socially awkward person in the Philadelphia. She has numerous unsuccessful date journey. As a teacher for second grade, Chloe didn’t socialize much. Beside Everly, Sandra and Sophie are her friends. Misfortune from the last date, bring Chloe to the FBI agent, Boyd Gallagher whose apparently Sophie’s half-brother. From asking a favor to become his fake date? Why not, Chloe. This could be her dating lesson and she’s eager to learn from Boyd.

I think I’m 99% like Chloe. Awkward, but not adorkable. She is. When her anxiety came, she couldn’t stop talking, especially with her dry jokes. Ha ha ha… I also liked how pervert she is. I mean, she isn’t prude and open-minded with sexuality. Chloe is just a ordinary woman with cop fetish. She really loves crime TV series. And when she found Boyd, oh boy…

Is Boyd too-good-to-be-true? Mostly yes. He seems suspicious at first when asked Sophie as his fake date. He’s a stranger to me even he’s close Sophie, I didn’t know much about him. But when Chloe is starting to ask about him, Boyd didn’t hesitant to answer. He’s very open person also cool as a cucumber. Maybe because he’s FBI agent? Even Boyd came from rich family, he isn’t a show-off. He works outside the family because he enjoy it. Another plus for him. There is no dirty laundry about him.

I enjoyed their chemistry. Honestly, I’m envy them. Maybe Boyd is the only chance for Chloe to get a boyfriend. Their togetherness was delightful. I loved his sudden possessiveness; not as a control freak. It seems Chloe and Boyd is the least aggressive couple. When it came to sex, they’re really HOT. Complementing each other without over-the-top. They’re also like to do ‘sexy experiment’.

What am I doing when you’re thinking about me?”
“Anything. Everything. Sometimes you’re on your knees sucking me off. Sometimes you’re taking a shower while I watch.” Her chest rises. She likes that. “Sometimes I’m pulling your hair”—her eyes widen at that—“and sometimes you’re lying on my bed, asking me to come on your tits.”
“Would you do that?”…
“Do what?”
“Come on me.”
“Is that an invitation?”
“Yes.” She nods. “I want you to. I want to watch.”

The story was told from 2 POVs. I really adored both Chloe and Boyd. There is no drama. Just… let it flow. There is no pressure in their relationship. They’re very cool person. I know the sex came late, but I’m satisfied with the result. They’re need to develop feelings; not insta-everything. To make sure they’re really into each other. Overall, it was a great read and enjoyable until the end.

*** WARNING! This book is for ADULTS only or may be unsuitable for people under 21 years of age due to sexual content, graphic violence, and/or mature themes. Reader discretion is highly advised. If you are easily offended, then this book is not for you and please do not continue. ***

The series follows three billionaires—Gabe Hamilton, Jace Crestwell and Ash McIntyre—who are best friends and business partners. The men dominate both in the boardroom and in the bedroom. Each novel in the trilogy will explore the relationship of one of the men as he discovers the woman he will love. 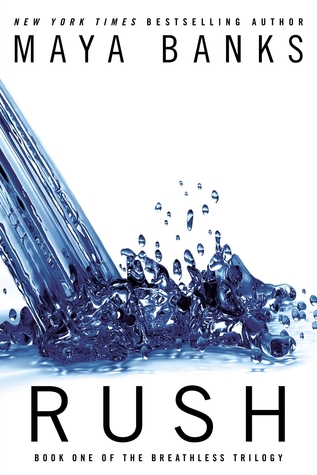 Gabe, Jace, and Ash: three of the wealthiest, most powerful men in the country. They’re accustomed to getting anything they want. Anything at all. For Gabe, it’s making one particular fantasy come true with a woman who was forbidden fruit. Now she’s ripe for the picking…

When Gabe Hamilton saw Mia Crestwell walk into the ballroom for his hotel’s grand opening, he knew he was going to hell for what he had planned. After all, Mia is his best friend’s little sister. Except she’s not so little anymore. And Gabe has waited a long time to act on his desires.

Gabe has starred in Mia’s fantasies more than once, ever since she was a teenager with a huge crush on her brother’s best friend. So what if Gabe’s fourteen years older? Mia knows he’s way out of her league, but her attraction has only grown stronger with time. She’s an adult now, and there’s no reason not to act on her most secret desires.

As Gabe pulls her into his provocative world, she realizes there’s a lot she doesn’t know about him or how exacting his demands can be. Their relationship is intense and obsessive, but as they cross the line from secret sexual odyssey to something deeper, their affair runs the risk of being exposed—and vulnerable to a betrayal far more intimate than either expected.

Overall: Maya Bank is still one of my recommendation for sexy erotica books. I’d love to recommend this for sexy billionaire fans but don’t expect much. 🙂 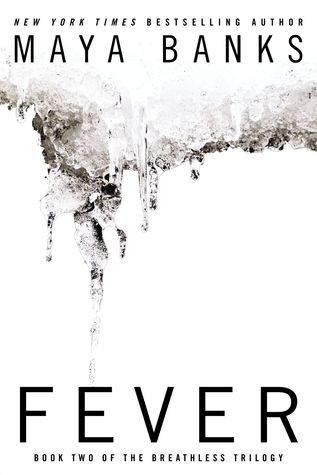 Jace, Ash, and Gabe: three of the wealthiest, most powerful men in the country. They’re accustomed to getting anything they want. Anything at all. For Jace, it’s a woman whose allure takes him completely by surprise…

When they meet Bethany, Jace begins to feel things he’s never experienced before: jealousy, and a powerful obsession that threatens him, overwhelms him—and excites him beyond control.

Jace isn’t sharing Bethany—with anyone. He’s determined to be the only man in her life, and it’s jeopardizing a lifelong friendship with Ash. Bethany will be his and his alone. Even if it means turning his back on his best friend.

Minus:
– NO TRUST (Emotionally abusive)
– Insta-love/lust
– Over posssive with jealousy
– Super stalker
– JASE IS SUPER CONTROL FREAK (Worse than G***)
– BETHANY FRUSTRATED ME in so many ways. Independent isn’t same with stupidity, woman!
– Slow dragging ass pace. It keeps moving in circles.

Overall: Such a disappointment. This book has power over me for my gloomy mood -_- so much negativity! 2 stars because I BARELY MADE IT ALIVE! 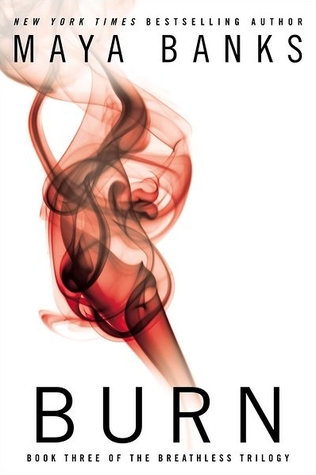 Ash, Jace, and Gabe: three of the wealthiest, most powerful men in the country. They’re accustomed to getting anything they want. Anything at all. For Ash, it’s the woman who changes everything he’s ever known about dominance and desire…

When it comes to sex, Ash McIntyre has always explored his wilder side — extreme and uncompromising. He demands control. And he prefers women who want it like that. Even the women he’s shared with his best friend, Jace.

But Jace is involved with a woman he has no intention of sharing. And now even Gabe has settled into a relationship with a woman who gives him everything he needs, leaving Ash feeling restless and unfulfilled.

Then Ash meets Josie, who seems immune to his charms and his wealth. Intrigued, he begins a relentless pursuit, determined she won’t be the one who got away. He never imagined the one woman to tell him no would be the only woman who’d ever drive him to the edge of desire.

Plus:
– Steamy.
– A little suspense in the final.
– Better than Gabe and Jase.
– Finally, it’s done!

Overall: This is the last book from Breathless Trilogy. It didn’t leave me breathless but brainless. It was so dumb and empty. Finished with disappointment and surprised that I finished all the books. Once again, an okay read for Cinderella syndrome romance with steamy sex by powerful and not-really-dominant man.